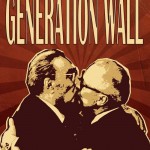 Now 15 stories of the „Mauergewinner“, describing my childhood in the GDR and East Berlin were translated into English.

When I started writing these stories in 2008, I pledged to create something NEW and EXCEPTIONAL about the German Democratic Republic that does not exist so far and reflects the feelings of my generation. Why? Well, it was odd. Nowhere in these supposedly typical literary monuments for this dematerialised country, I could picture myself. I did neither belong to this generation of “Zonenkindern” (“Children of the occupation zones” by Jana Hensel), nor did I live in “Sonnenallee” (“At the shorter end of sun alley” by Thomas Brussig or in a “Turm” (“The Tower” by Uwe Tellkamp). My youth, my experiences and my fights with this strange place called GDR did not occur in these books. And certainly not my emotions that I associated with this time. Bizarre.
Was I so different?

What came out were 15 stories with 15 typical events. But they are also connected. Minor characters of one story become main characters in others. Some themes occur twice or will be intensified at a certain point. Finally, the whole affair is created in each reader’s mind leaving enough space for personal connections. 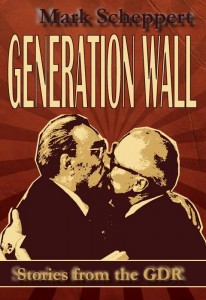 Mark Scheppert was a landscape gardener, a removalist, a clerk, a student, Forestry Commission person, a harvest hand, an agent, an event manager, a travelling salesman, a stock clerk, a postman, an advertisement canvasser, and a swamper. But all this he didn’t find exciting. Therefore, he began to write a little.
With the publication of his autobiographical debut novel ‚Berlin Wall Champs‘ he was immediately quite successful. He even reached number one of the BoD bestselling list in Germany.